7 Ways to Set up an Uppercut Knockout 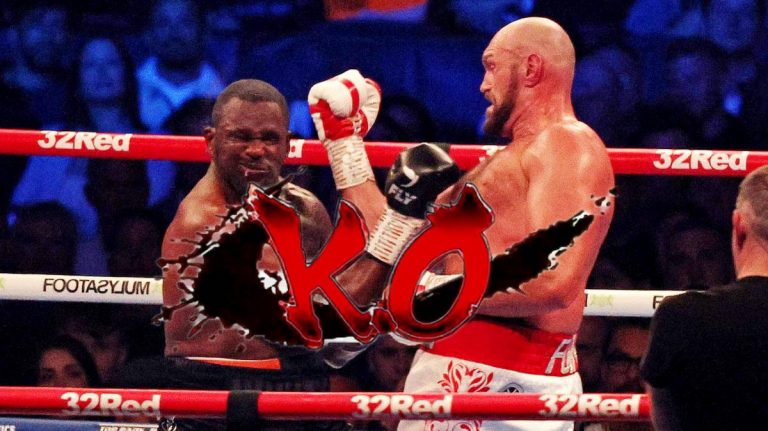 The Uppercut is a punch that many boxers use as part of their arsenal, but it’s often the most underused punch in any fighter’s arsenal.

The Uppercut is a punch that travels in a straight line to your opponent’s chin. It can be thrown from either the lead hand or the rear hand, depending on your position and preference. When thrown at the right moment, it can be devastating. There are a few techniques and traits that can be used separately, combined and altogether to deliver a powerful blow. Especially an Uppercut:

This post will be a YouTube video link heavy so if you’re a fan of ruthless action. You will not be disappointed!

As well as being a knockout heavy feature, it will probably be a Tyson and Canelo heavy read. due to their style of combat.

This is demonstrated beautifully by Pound for Pound Top 10 Long term resident Saul ‘Canelo’ Alvarez. Where Billy Joe Saunders threw a right hook towards Canelo’s head. At this point Canelo silkily slipped out of the dangerous trajectory of Billy’s dangerous flying fist. To return with a perfectly timed counter right hook which literally broke Billy Joe’s face, by fracturing his orbital bone.  Making Billy’s corner retire the boxer at the end of that 8 round on his stoll. Doing something he said he will never ever do in the squared circle when criticising Daniel Dubios for “quitting’’ to when he suffered a really similar injury in a fight. This can be seen as a testament to this lethal technique. Also in one of 2020 biggest Boxing Upsets you had former World Champion Alexander Povetkin. Deliver a Beautiful uppercut KO to Heavyweight Contender Dillian Whyte. With a Beautiful slip and a clever step to the left to force that leading left uppercut into Dillian chin to end the night.

Here you see Gervonta ‘Tank’ Davis, often referred to as the Mike Tyson of the Lightweight division for his ferocious knockout power. Step into multiple weight World Champion Leo Santa Cruz fireline to receive a straight to his guard to then load up a devastating uppercut KO. in the exchange from his unnatural stance in orthodox as a southpaw with his most powerful hand being his left. This is still one of the most Terrifying Uppercuts I have seen to this day; the movement, accuracy, timing and of course power. all played a vital role in this 2020 Knockout of the Year Contender.

This is Canelo second mention in this post and with his high boxing IQ especially in delivering crowd friendly uppercuts, it’s only expected. He fuses popular feinting styles of Middleweight Greats, to some the Greatest of All Time. the two Sugars; Sugar Ray Robinson and Sugar Ray Leonard who are famous for showcasing all the fascinating facets of the sweet science. Famously the art of feinting, Canelo incorporates feinting into delivering a dangerous but almost hidden uppercut. By almost throwing his right hand out to the sky to the side of his body, head height to quickly follow with a harsh left uppercut. He has successfully delivered this technique to World Champions such as Miguel Cotto, Callum Smith and even stopping Alfredo Angulo.

From the signature aggressive, offensive Kronk gym style Execution of left, right left from the motor city Legend Thomas ‘The Hitman’ Hearns to Lenny Lapaglia. To the speed breaking multiple uppercuts of Sugar Ray Leonard to the English title contender Dave Boy Green. However we can’t talk about brutal uppercut finishes without mentioning Iron MikeTyson and his 2 punch combo. Now with his perfected ‘Peekaboo’ style which involves forward distance closing footwork and head movement. To deliver a ferocious Right Hook to the body, followed by a Right Uppercut. This move has nearly decapitated Jose Ribalta, Lorenzo Boyd and Frank Bruno.

This is another renowned from the World famous Kronk Gym. By using your jab hand to do 3 things:

As demonstrated by the Boxing world’s best Heavyweight of this Generation Tyson Fury to Dillian Whyte. Who Whyte in his unfortunate second mention of this post for the wrong reasons was on the receiving end of a career defining Whyte uppercut knockout.

Again Iron Mike an offensive Genius has performed this magnificently in his bouts. One that comes to mind is his uppercut assault on Buster Mathis Jr in their 1995 bout. When backed up to the ropes he pivots to the left out of Buster centre to deliver a right uppercut, left hook then to finish with two right hand uppercuts… SAVAGE. My favourite example of using footwork to pull off an awesome uppercut. Has to be the 2010 fight when the ‘Filipino Flash’ Nonito Donaire put Manuel Vargas to the canvas with an othodox attack. Which had him move right to cross, move left to jab, move right to cross again to then move left again to throw a left uppercut. With talent like this, no wonder the man is a 4 weight division world champion.

This Can be very risky but rewarding when executed perfectly. As you are already in the line of fire so the chances of you being tagged can be as great as your opponent. With the difference of you rewatching or trying to forget a Highlight reel KO ever happened being real fine. A great way this is demonstrated is when your opponent lands a punch you return an uppercut on their unguarded side. As seen by Rafael Marquez, the brother of the famous Mexican boxer Juan Manuel Marquez. 3rd round Knockout of Heriberto Ruiz. Then as a bonus here is an MMA demonstration by the way of the UFC. Here you have current Heavyweight Champion Francis Ngannou take an overhand left to the ear. To return with a soul snatching uppercut to the jaw of MMA and Kickboxing Great Alistair Overeem.

Hopefully you have enjoyed the read and the epic uppercut videos from the world of Boxing. With that many links to historic uppercuts I won’t blame you if you didn’t make it to this final paragraph. Even though this post is meant to be more visually enjoyable. I hope you picked up on the 7 ways to set up a Uppercut Knockout.