With Jermell Charlo puting his 3 belts up against Brian Castano WBC Junior Middleweight belt in their May 14th highly anticipated rematch. As well as George Kambosos Jr and Devin Haney finally putting the 135lb Lightweight Undisputed debate to rest on June 5th. In just over a year from Josh Taylor Undisputed win for all the Junior Welterweight belts, by the 5th June 2022 there can be 4 current Male Undisputed Champions in the sport. Considering there were only 2 Champions for the whole of the last Decade. With Terrence Crawford becoming Undisputed in 2017, 12 years after the last Champion Jermaine Taylor in 2005.

Undisputed is a term used for a Champion, the Champion of a specific weight class. This Champion is referred to as Undisputed as they have all the major belts for their weight class and there is no question that he or she is the Champs of Champs.

When it comes to the modern era of Boxing you now have 4 major sanctioning bodies which hold their own major belt for each weight class: 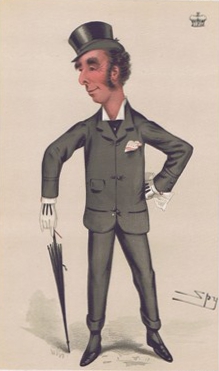 Four World Championship Belts per each weight division! How did we get here?

We got to start with what preceded these Boxing sanctioning bodies before they were established to be what they are today.

In 1867 the ‘Marquess of Queensbury Rules’ was published which stated rules of Boxing, some of which are used to this day:

From the inception of these rules a couple decades later in the 1880’s the Boxing world established a consensus World Champion. This was based on who was seen as the best boxer and who ever beat the man became the new Champion. This is where the term the Lineal Champion comes from where whoever beat the man who beat the man gains that title. The First Lineal Heavyweight World Champion recognized in the Boxing world under these rules was John L. Sullivan, who won the World Title on August 29th 1885. This Lineage of Champions continued and was broken at times with retirements and can be connected to Fighters of today. Where it is widely considered that Tyson Fury is the Heavyweight Lineal Champion.

Establishment of the Governing bodies

New York State Athletic Commision (NYSAC) recognized Boxing Champions in the multiple weight classes from 1920. Then a year later the National Boxing Association (NBA) was formed as a way for the sport not to be monopolised in the states. At the start of the 1920’s they were in unison with who the World Champion is with one Champion carrying the both belts consecutively. Jack Dempsey was the inaugural Champion for the belts in the Heavyweight division. The two Boxing Committees at times had disputes and differences of who was the rightful Champion in the next few decades but mostly in the next 40 years there was one absolute Champion for each Division.

In the decade of the 1930’s the International Boxing Union (IBU) this was headquartered in Paris, France and  was originally established in 1911. Started to gain notoriety and for good reason as this mainly European based Sanctioning body felt their Champions deserve to be called the worlds Best. Especially when two big players at the time had either ‘New York’ or ‘National’ in their name, it hardly yells out international inclusion. IBU gained more acknowledgement in this decade from having two great boxers who beat great American boxers for their NYSAC and NBA belts. The German Max Schmeling and the Italian Primo Carnera. However due to the Nazi occupation of France this organisation fell into their and the Facsit hands in 1942 and was renamed to Associazione Pugilistica Professionistica Europe. Then by the end of World War II this organisation was renamed the European Boxing Union (EBU). It still exists today as however it has long lost its prestige to be considered a major global sanctioning body to name World Champions.

Now approximately 60 years ago the NBA which has now included countries from the Americas and Asia into their committee soon reorganised through their internal voting system to create and rebrand as the World Boxing Association. (WBA) Now seen as the 1st truly global sanctioning body and with NYSAC feeling this move is a huge power play in the sport. A year later in 1963 with the EBU and the British Boxing Board of Control assisted in the creation of the World Boxing Council (WBC).

The WBC for many decades was seen as the belt to win due its Branding:

Over the next couple decades the Sanctioning bodies had their own Champions and wasn’t as cohesive to know who is the top dog of the division as the 40’s and 50’s however they were still a number of Undisputed Champions.

Two more players were created, in 1983 the International Boxing Federation (IBF) and in 1988 the World Boxing Organization (WBO). Both ironically enough were created by disgruntled Senior members and Businessmen of the WBA Sanctioning body and splintered to create their own global Boxing Committee. The IBF didn’t waste much time in establishing their relevance in the sport of Boxing as even though they had a Cruiserweight Champion in their inaugural year. They were not seen as equals to the well established WBA and WBC. That is until they named Larry Holmes as their Champion in 1984 and then for reasons that are so woven in Boxing political DNA. The Easton Assassin opted to fight the IBF challenger rather than the WBCs, making the WBC drop Larry Holmes as their Champion. This spiteful move by the WBC validated the IBF as a major sanctioning body in just a year of their creation as they have the World’s Best Heavyweight Champion owning a IBF belt and not the WBC. thus the creation of the three Belt Era.

However it took the WBO longer to reach such critical acclaim, much longer. They like IBF named famous, great boxers as their Champions from their inaugural Championship won by Boxing Great Thomas ‘The Hitman’ Hearns at Super Middleweight in 1988. To the 90s naming Champions from Riddick Bowe, Prince Naseem Hamed and Ronald ‘Winky’ Wright to name a few. In the 2000’s it wasnt seeming like they were going to be the 4th major wheel to this boxing vehicle. They were gaining some notoriety, first by being recognized  by the WBA at the turn of the millennium. They were still awarding future Hall of Famers as their Champions but the Boxing public as well as the other two sanctioning bodies still saw them as minor leagues. Then in 2004 they struck Gold, the Golden Boy that is Oscar De La Hoya. At the time Boxing Pay Per View King not only won their Middleweight belt that year but now in September of 2004 he is facing the 3 belt Undisputed Champion Bernard Hopkins. Which is being promoted as the first 4 Belt Era Undisputed Title Fight and with Boxing biggest name recognising his WBO Belt as a Major Belt. On September 18th 2004 the World Boxing Organization began its global recognition of being a Major Sanctioning body 26 years after its inception.

Where is Undisputed Now?

To be fair whatever the reason is I am pretty sure most Boxing fans will welcome more Undisputed Bouts and Champions. There is something about knowing who is the Best of the Best for that weight class which is akin to watching a fight end in a Knockout, the viewer gets clarity and closure.